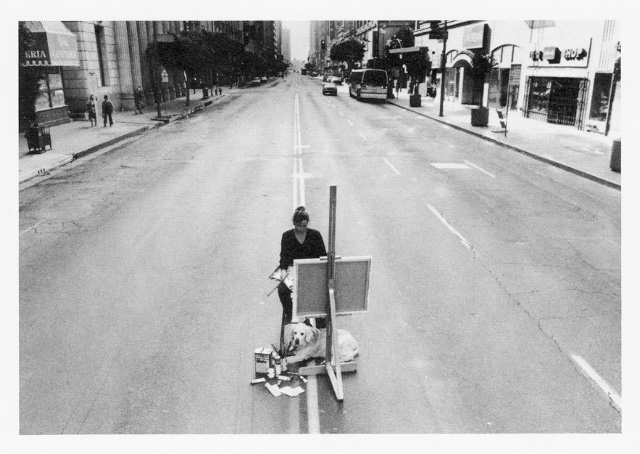 Sally Storch’s paintings are a manifestation of her innermost spirit and drive to be a storyteller. Like the single frame of a motion picture frozen in time, Storch’s images capture moments of quietude and reflection, and often contain an element of mystery. While her paintings often depict isolation, they are instantly relatable, and it is within this recognition that the viewer is invited to concoct their own interpretation of just what it is that is going on within the scene. Such images suggest how a single brief circumstance or chance encounter has the power to alter the entire trajectory of one’s life story.

The steadiness in both approach and subject matter that Storch has exhibited since the onset of her career, has been greatly influenced by the artist Edward Hopper, as well as the Ashcan Artists of the early 20th Century. Storch’s figures are unsentimentally portrayed and usually set within an interior or exterior backdrop of urban realism. Two artist relatives have also had a significant impact on her work. Her aunt, Stephanie Stockton, studied at the Art Students League in New York during the 1930’s and became a member of the group known as the “California Scene Painters.” Great aunt Bertha Rihani lived in Paris during the 1920’s and painted alongside Henri Matisse and Kees Van Dongen. Both Stockton and Rihani were instrumental in inspiring Storch’s desire to pursue life as a fine artist.

A sixth generation Californian, Storch grew up in Newport Beach, and completed her Bachelor of Fine Arts Degree at the University of Southern California. Following graduation, she attended Art Center College of Design in Pasadena where she continued to pursue painting. Though Storch studied at the height of the minimalist movement, she bucked convention and committed to figurative work. Under the guidance of noted teachers Edgar Ewing and Richard Bunkall, she followed a more traditional course in drawing and painting and has continued that direction throughout her career.

In her current body of work, the artist has incorporated the use of lost and found columns from vintage newspapers. Each painting is based on a particular misplaced item such as a pearl earring, a watch, a black silk bag—even a dog—to set the narrative of the painting in motion. This collection of new paintings will be completed in 2022.

Scroll to top
error: © Copyright Captain of the Stripes Press